The Experience at the Service of Innovation: a little bit of history ...

We really think is important to know our history because it’s from our past whom those experiences, which permit us today to sore this new businnes reality, came from.

For some “elders” of us, our professional adventure starts in the far 1988 with the creation of the I.M.A. (Italia Manutenzione Automatismi) Srl based in Genoa. 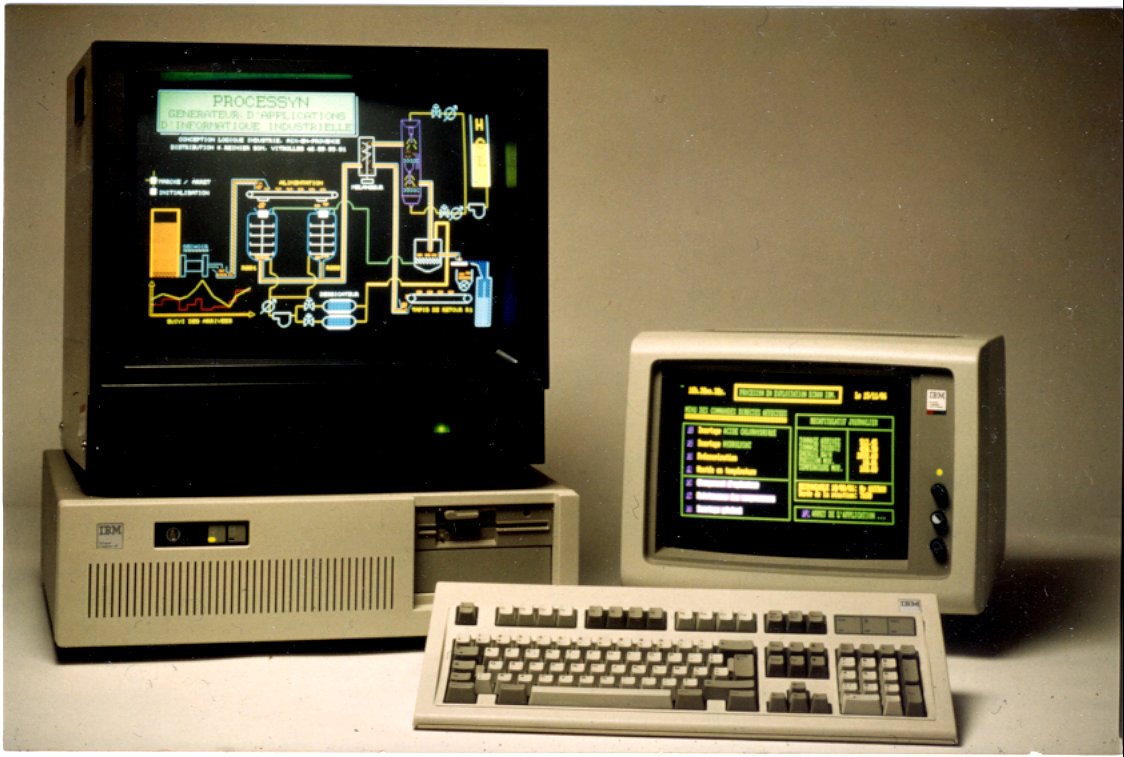 Our idea was to invest in a sector mid-unknown at that time, the use of the PC in Supervision Systems of Industrial Automation process, developing communication technologies which would permit to acquire data from field in a indipendent mode from Operating System and used instrumentation.

At that age proprietary systems were used and the connections were domained by serial and parallel lines protocols.

The most diffused operating system was the "mythic" MS-DOS and the most advanced processor was the 80286 with 640 Kb of RAM.

During the period 1988 – 1990, the market starts to understand the potentialities of the PC and the first supervision programs start based on very simple interfaces often with monochromatic screens.

Since the beginning was clear one of the problems was the link with the devices on field which were many and from different manufacturers.

Every manufacturer had his own proprietary protocols, almost all based on serial line, and the interoperability was ”an illustrious unknown”!

Furthermore it was arriving, either then Dos, from IBM, the new operating system OS/2, multitasking, multi-windows and multi-thread: a very revolution in that age!

But in the meantime, passing through the Office applications, Windows started to appear also in automation thanks to its user-friendly interface and captivating look.

Through the years, Windows diffused rapidely itself with various versions (3.11, 95, 98, NT, ….), and the community of developpers growned day by day thanks overall to standard development tools and interfaces (DDE).

Then risen the need to link not only several communication protocols, but also different Operating Systems which were "crowded" on the plants through the years time by time new PCs were installed.

To meet this need, we had invested, since the beginning, in the developping of seral protocols on PC, so that to permit to our customers (generally Machine Builders and Hardware and Devices Manufacturers) to collect production data and to pass them to the supervisor for the necessary management and processing.

This experience enabled us to acquire a deep knowledge of the concept of “industrialcommunication”.

We were certainly the first in Italy to propose and to support solutions assuring the contemporary acquisition of data from different devices: the one was after called “interoperability of devices” .

Empowered by this experience, in the 1991 we decided to tighten a Commercial/Technological Partnership with a French Company which would became absolut leader in such sector: Applicom International SA.

Thanks to “APPLICOM''s technology” we were able to face all the technological opportunities offered by the market and the acquisition of all Fieldbus and Ethernet Technologies were appearing (PROFINET®, PROFIBUS®, WorldFIP, EthernetIP, CanOpen, Modbus, Batibus, …).

The sinergy was so strong that Applicom International decided to enter as reference shareholder in our Company, so to permit us to increase the investment in R & D and Technical Support expanding our Team with 8 dedicated developpers. 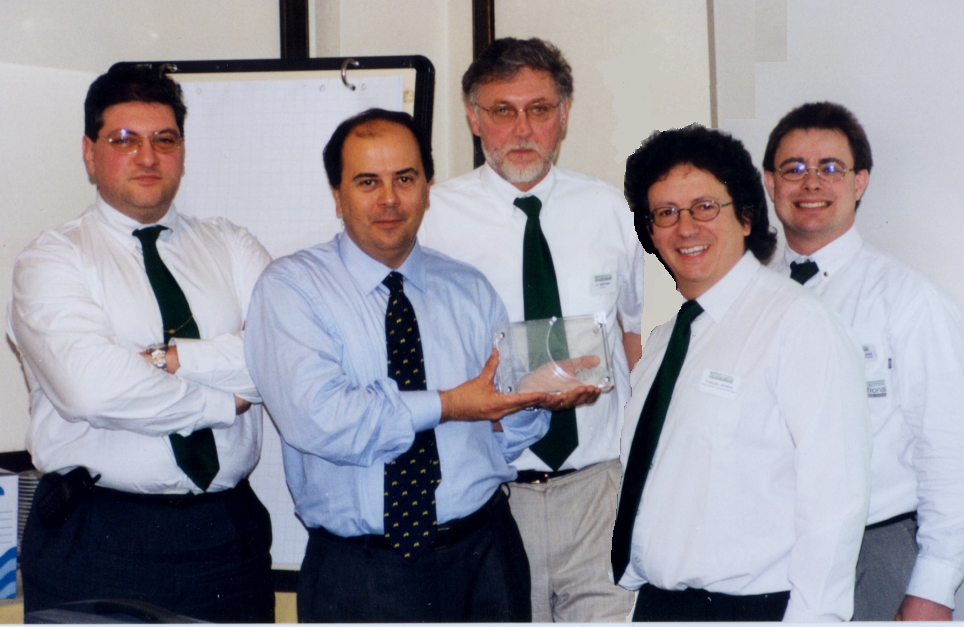 The success was declared by the fact the Company owned a very high level structure with high skilled Technicians in industrial communication and developpers who known to face the most complex problematics giving an adequate assistance service and support.

We were also pioneers of Embedded and Real Time (RT) solutions on Windows thanks to a Commercial/Technological partnership with the former VenturCom (today called IntevalZERO) which realized, in the 1996, the first native real time extention (RTX) for Windows NT and proposed “Component Integrator”, the father of the future “Windows Embedded”, which permitted to “thin” Windows NT of non-necessary components for the application so making it thinner and with less memory occupation.

Thanks to this partnership, we became one of the very first Company in Italy and in Europe to be “Windows Embedded Partner”, this maked us able to acquire experience also on Windows CE and to propose, the only one at that age, training courses and assistance to custom developpement.

This mix of competencies was possible also thanks the tighted collaboration, started since that age, with the University of Genoa, Naval and Electrical Engineering Department (DINAEL).

In 1995 we enter to be part of the borning Profibus Consortium of Italy (PNI), because we had in our hands, right since 1993, competencies, solutions, services and technologies on PROFIBUS®. 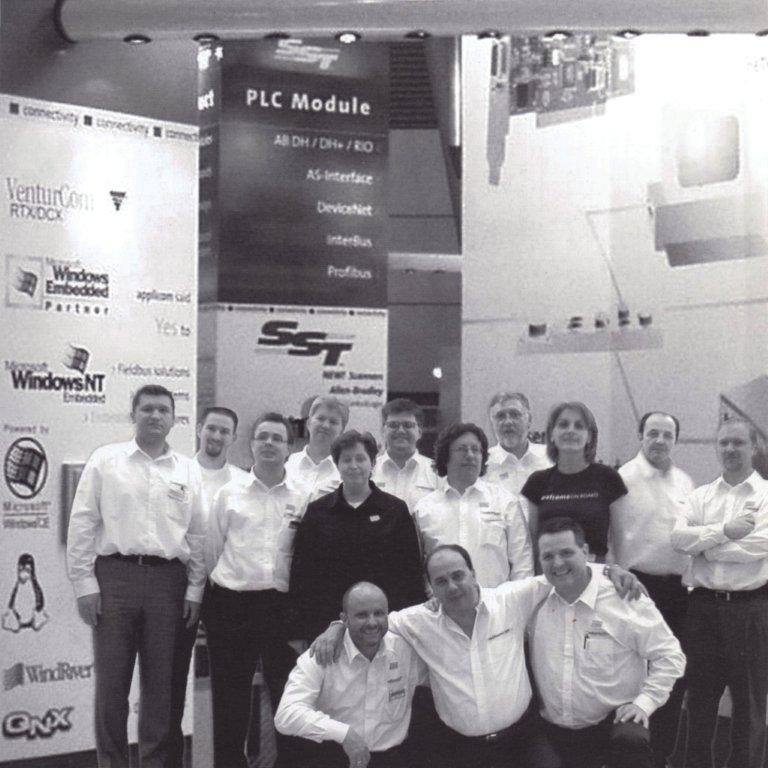 In more recent periods, many changes were been since 2001, with the integration of Applicom International SA and its affiliates: first in Woodhead Inc. (USA) and after (in 2006) in Molex Inc. (USA).

In 2007, first in Italy, we obtained the certification PICC (PI Competence Center) for PROFINET® Technology and we have had the first Technician, with italian nationality, to be "Certified Profinet Engineer".

Genoa Fieldbus Competence Centre born from the businnes spirit of who want to continue this activity in industrial communication sector on international and italian market, empowered by the more-than-twenty-years experience which today melts with the competence, at high level, brought by the Professors of the Naval and Electrical Engineering Department of the University of Genoa, who are present in the shareholders structure of the company, to strengthen the three concepts at the base of this new genoan reality: